A few weeks ago I changed cars, I was pleased to see that the entertainment system in my new car could play music from SD card. These are cheap and can hold a Lot of songs, so rather than have my iPod in the car, I could simply drop music onto an SD card.

Which I did but, annoyingly non of the ‘album artwork’ was displayed, even though the music played fine. I did some Googling and read a few Audi forums, and finally got it to work.

Theres a lot of conflicting information in forums on how to get this to work, so I will just tell you how I got mine working.

SD Card Size: Has to be 32GB or less  – This is because it has to be formatted at FAT32, it’s a limitation of the storage system not Audi or the SD Cards (Yes you can have more than 32GB FAT32 drives, thats a different argument). 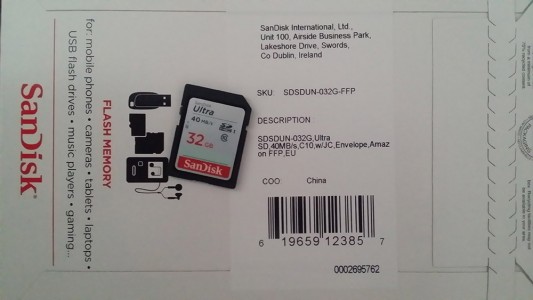 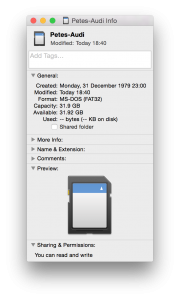 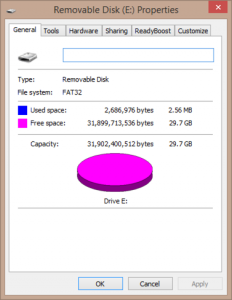 Why is there a problem displaying Album art?

Well, (and I’m making the assumption your mp3 files actually have album art embedded within them, (thats in the mp3 file, not in a different folder, if not get that sorted first!) The Audi will only display art if;

For example, below Im using the excellent, (and free) Mp3tag to look at this songs details, see the album art is 2000×2000 pixels, and is 409Kb in size. Try to play this in the car and the music will play but you will just see a generic ‘musical note’ instead of the album art. 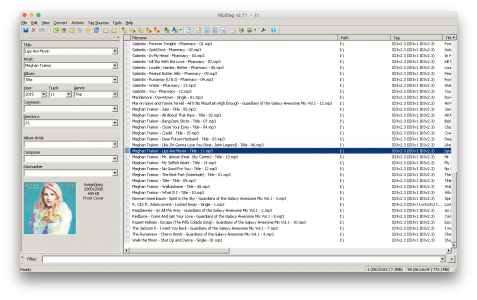 Well that’s OK, but manually resizing all your album art could take along time, (I’ve got a large music collection). To do that requires another brilliant free piece of software called Bliss, (download here). I’m using Mac but theres a Windows version as well.

If I’m in Windows I use Sense Mp3 Art Sizer; 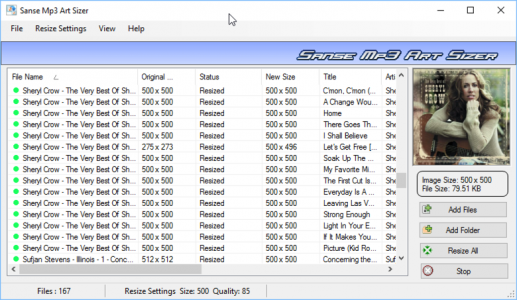 Install and run the software, at this point it appears nothing has happened but you should see a large blue ‘bl’ at the top of the screen. Right click that, and it will open. Go to Settings.

Change the music location, so that it points to your SD card. 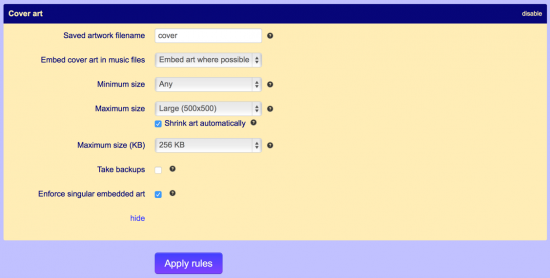 Notice once complete, when looking at the album art it has been resized, and should now show correctly in the car. 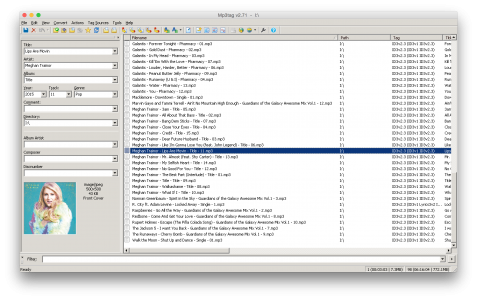 Mac OSX has a habit of dropping some folders on the drive, and their names start with a full stop (or period if you’re over the pond). Normally that is not a problem, but your Audi will not like this, (typically is scrolls through all the songs and does nothing). 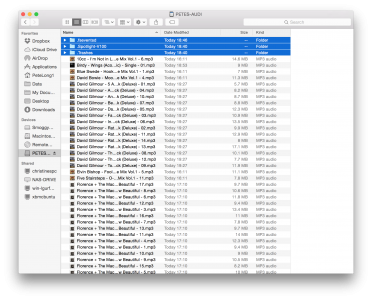 My Mac is set to show hidden folders, so you probably wont even be able to see them, to remove them open a terminal window. Execute the following two commands; 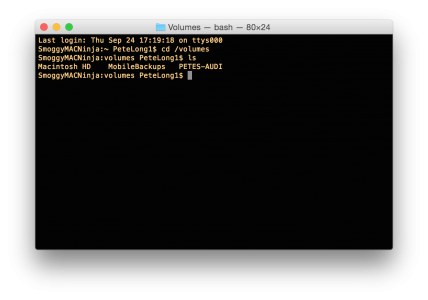 What this does, is shows you the names of the mounted volumes, mines got a simple enough name because I called it PETES-AUDI, yours might be something else, take note of what it’s being called.

Then, change into the volume name for the card, change to match the name of yours, then issue three rm commands as shown below(rm is simply a remove command). 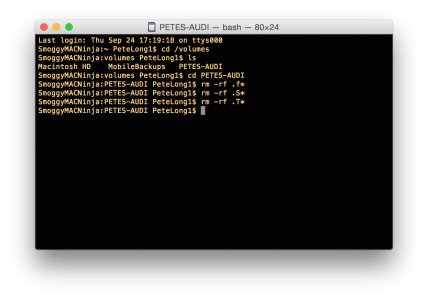 Then you can eject the SD card, and play it in the car. 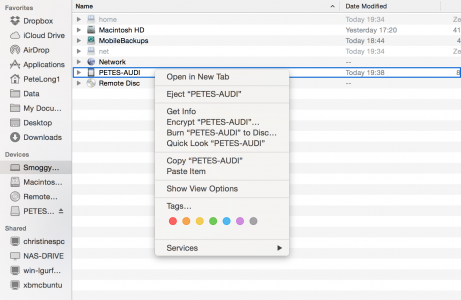